From yesterday and this evening, a corn theme.   On Saturday, storm clouds formed , but moved on, leaving behind some nice early evening light near Rice’s Crossing.   That’s the opening photo, by far my top choice.   The other two photos were taken late this afternoon, when storm clouds stayed around for a while.   The second image is from Schwertner, the last one just east of Granger, where a favorite barn is included.   More things related to corn are coming soon, but not tonight. 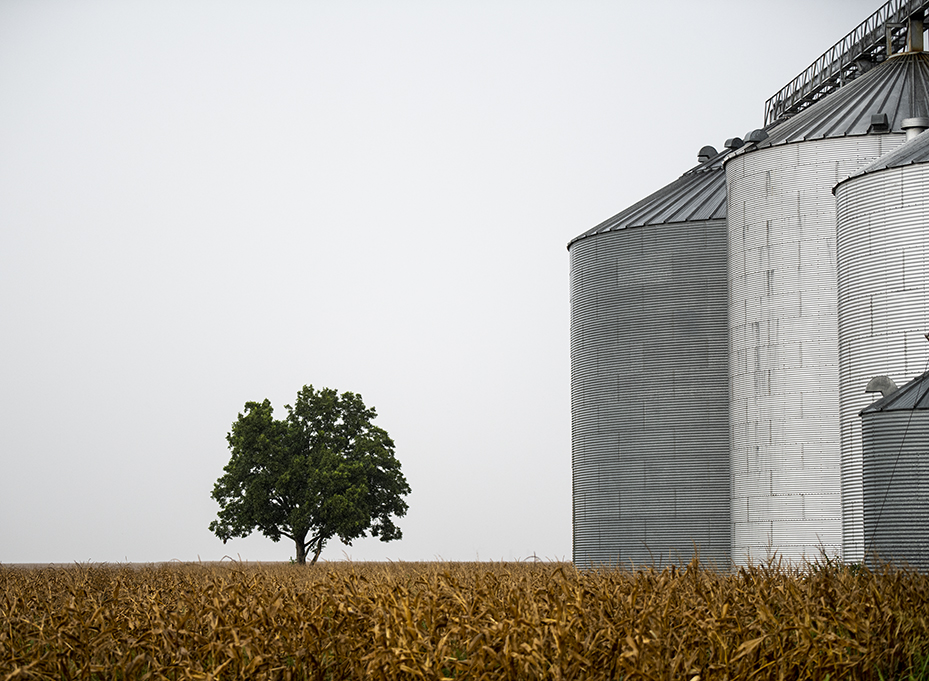 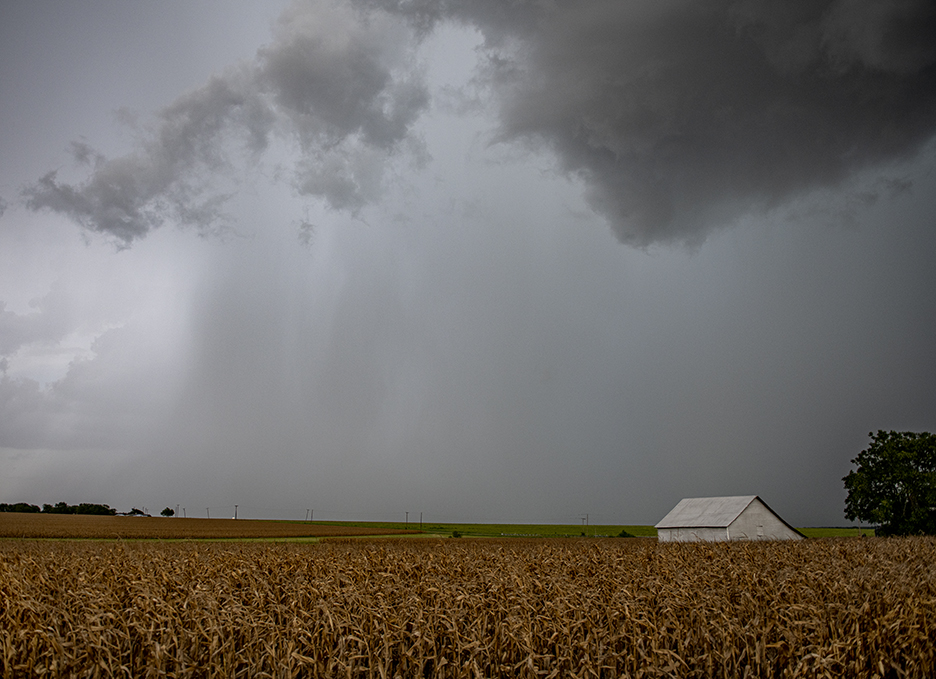 An evening when another post was planned, but this serene  sunset scene came along.   A peaceful pasture tonight in Taylor, Texas. 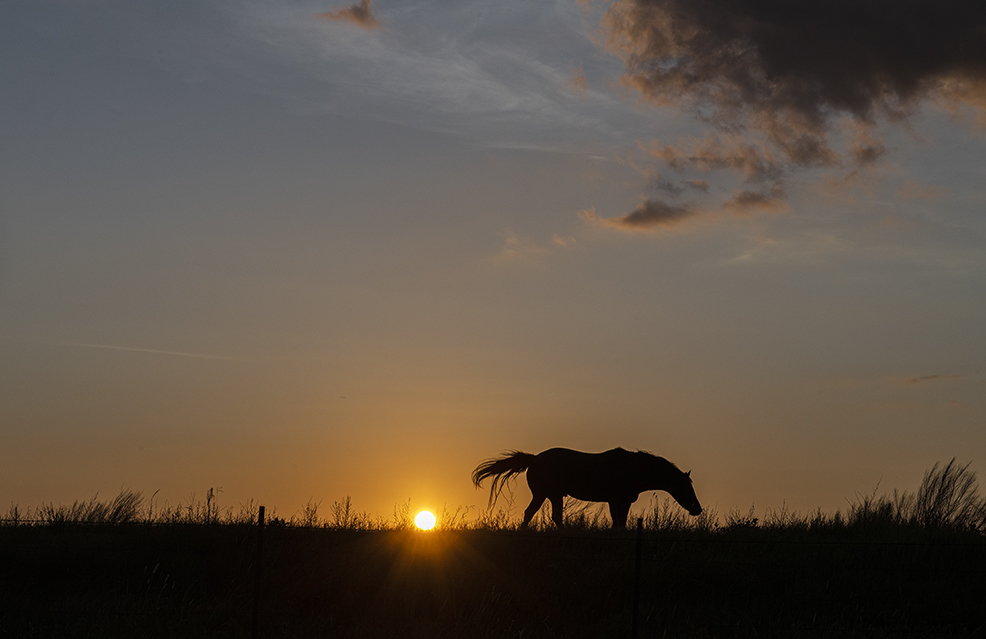 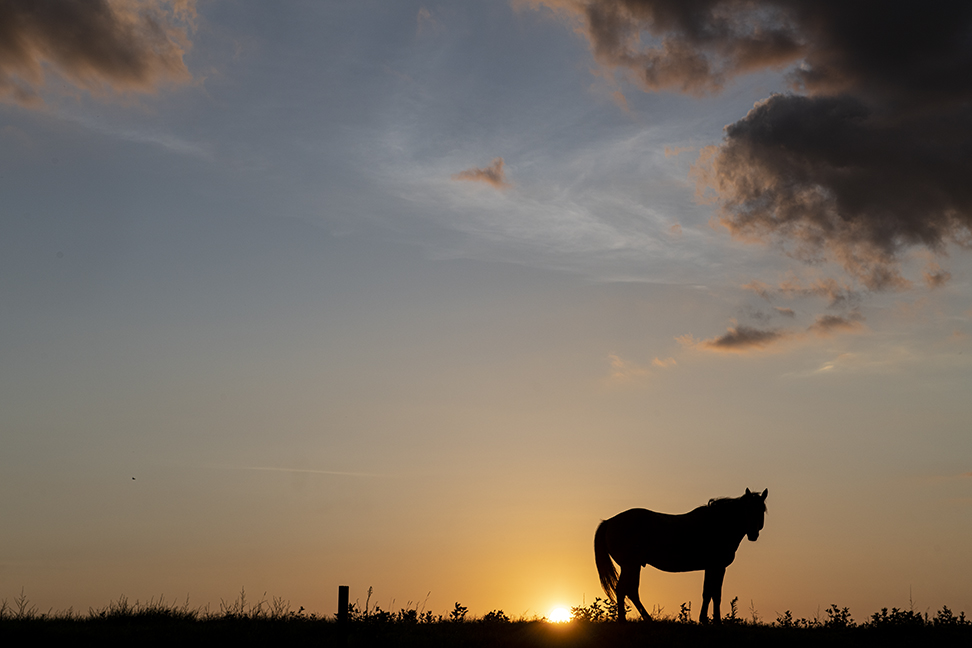 These are photos taken Thursday evening.   As I was sitting here at my computer, I heard cracks of thunder outside.  Thinking there might be something to photograph, I headed outside for a look.  For several minutes, I stood in a field next to Taylor Middle School, looking north as a band of rain showers approached.  There were a few bolts of lightning, but never where I happened to be looking.  Still, the light quality was arresting.   I finally hopped back in the car and headed northeast.   The possibility of rain had left us, leaving behind layers of sweet clouds above a pond.   Before the evening wandering ended, I drove past a barn photographed a time or two, this one in southern Bell County.   It was a good way to end the night. 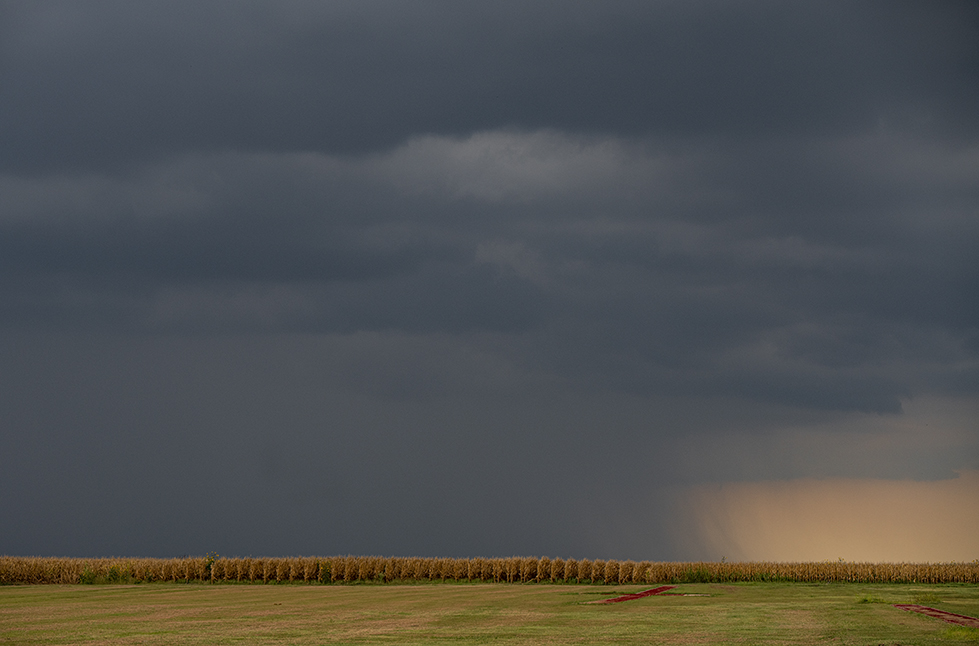 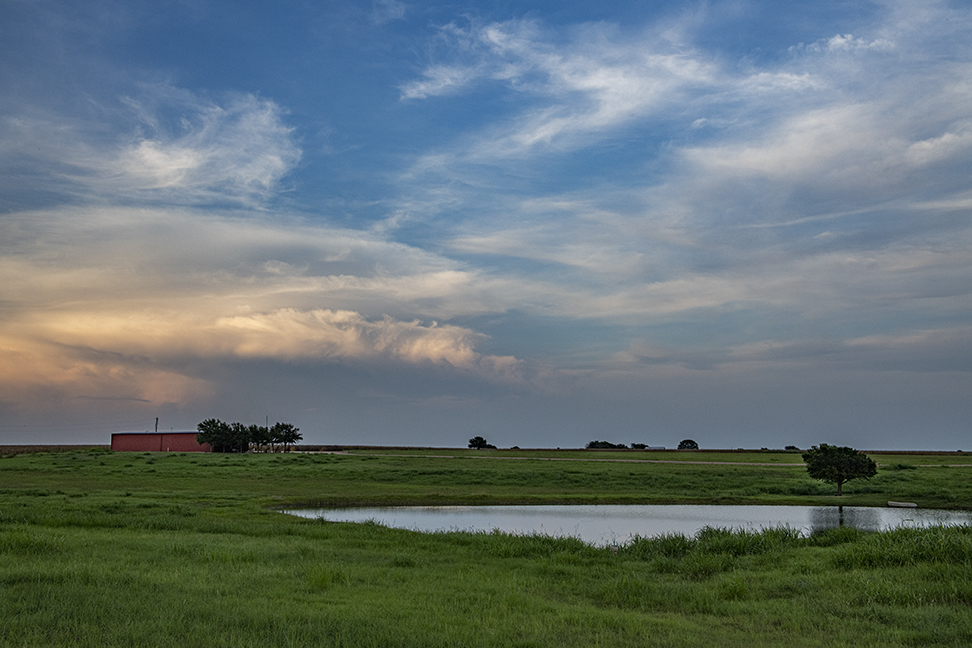 The evening began a little stormy, but near nightfall the sun made a nice show of things near Granger. 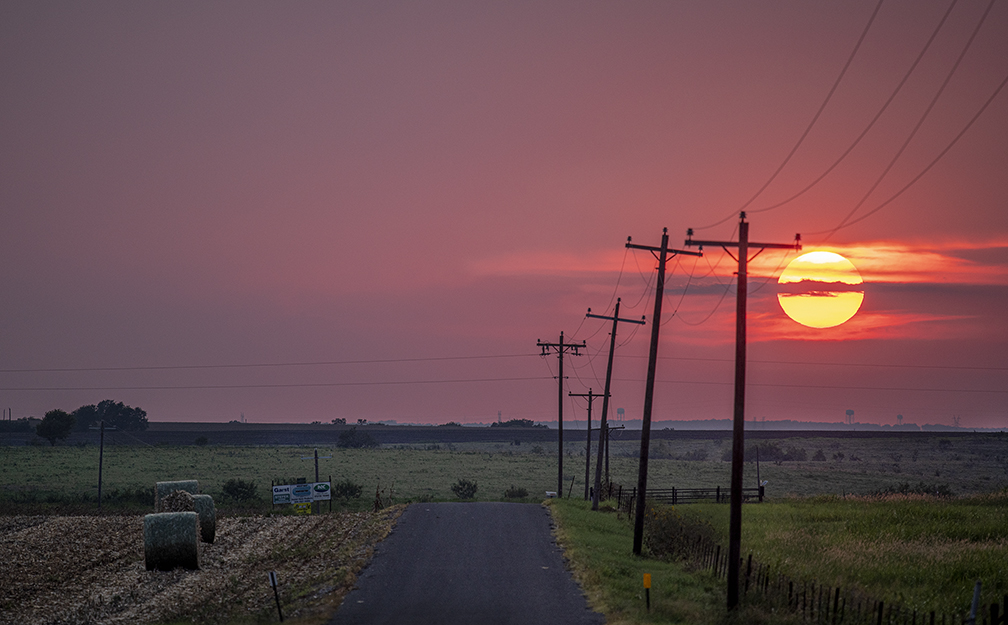 It’s not often I have the opportunity to take early-morning photos, but a news assignment this morning in Georgetown provided a brief window of time  to stop at Jonah School, opened in 1922.   For a number of years it’s been recast as the Jonah Community Center.  The setting is nice, along Texas 29 between Taylor and Georgetown.  An old-growth tree is probably older than the school.   It was hazy this morning, probably due to fallout from the Western wildfires.  When the sun finally came up, it lacked clarity, but that’s okay.  The post opens with three pre-dawn photos, concludes with the sun,  including  a single stalk of milo, the fuzzy sun almost forming a heart.   That works. 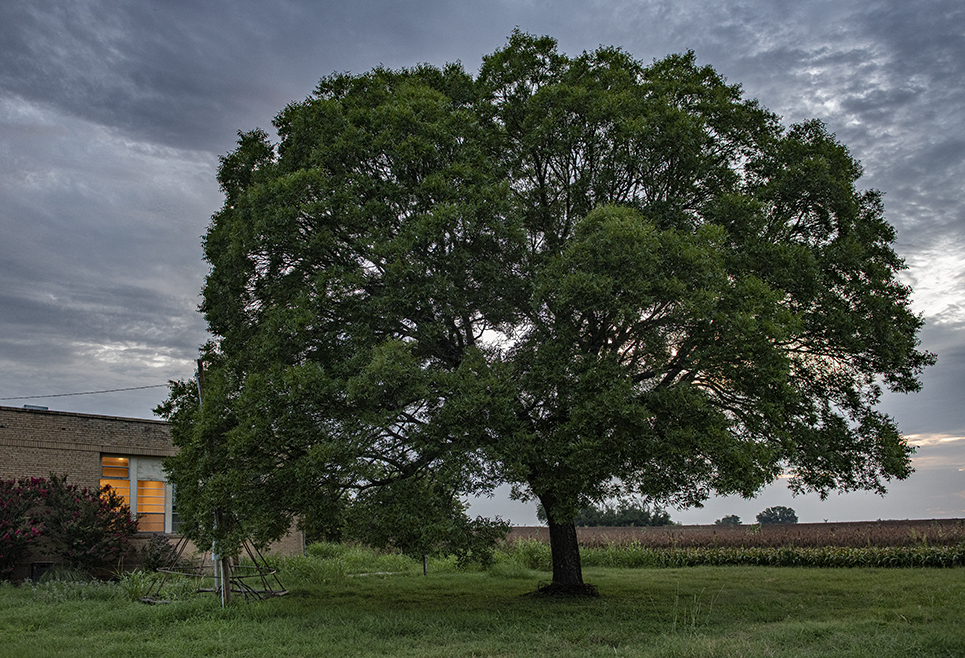 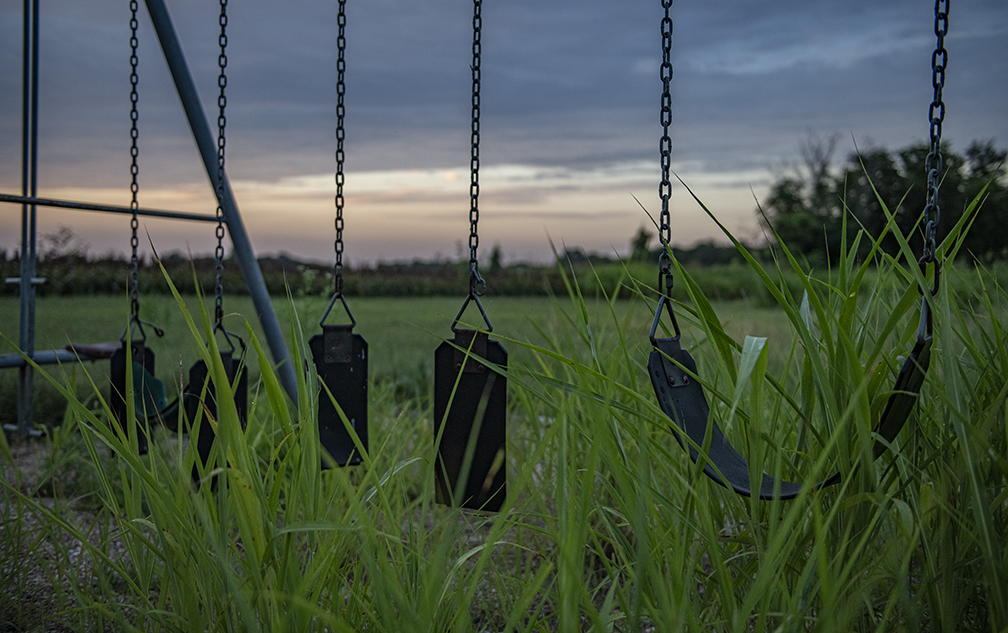 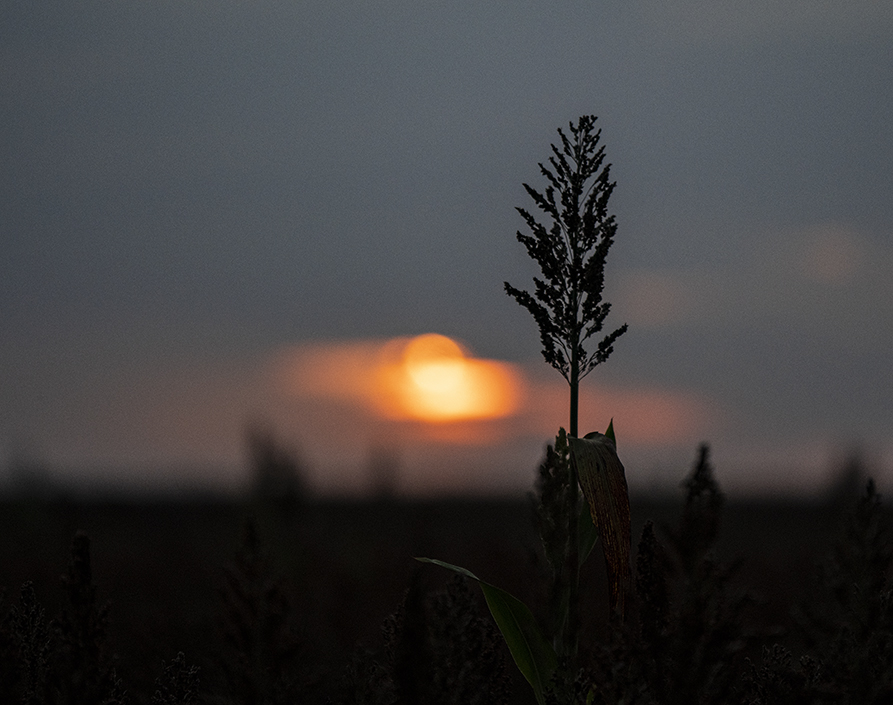 At times I feel the need to cast my visual net a little further.   Monday evening, for instance, I hopped in the car, entered Milam County at Thorndale, then took a left and headed north.   Keep in mind, folks, these outings are often unplanned.   This site is  called “Andy’s Ramblings” for a reason.   About 4 miles out of Thorndale, a small sign pointed to St. John Church Cemetery.    I took a left, stopping at St. John Lutheran Church Cemetery in Detmold, a community established near the beginning of the 20th Century by German immigrants.   If you look up “Detmold,” you’ll find there’s a city by that name in Germany.   The Texas version could reliably be called an area these days.    St. John Church was once here, but moved to Thorndale in 1963.  The cemetery remains.   Detmold had a school in 1903, one teacher for 38 students, eventually folded into the Thorndale school system.   This brief history aside, I love finding roads like this one, adorned with thriving fields of milo.    Ones where I can take in the sights with little interruption from other vehicles.   That’s getting harder to find these days. 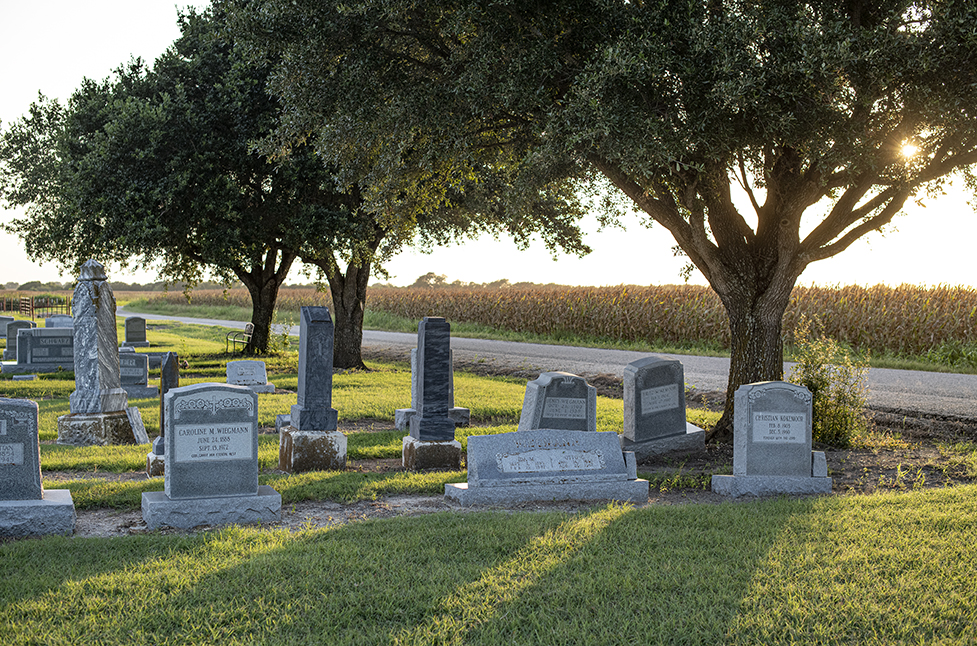 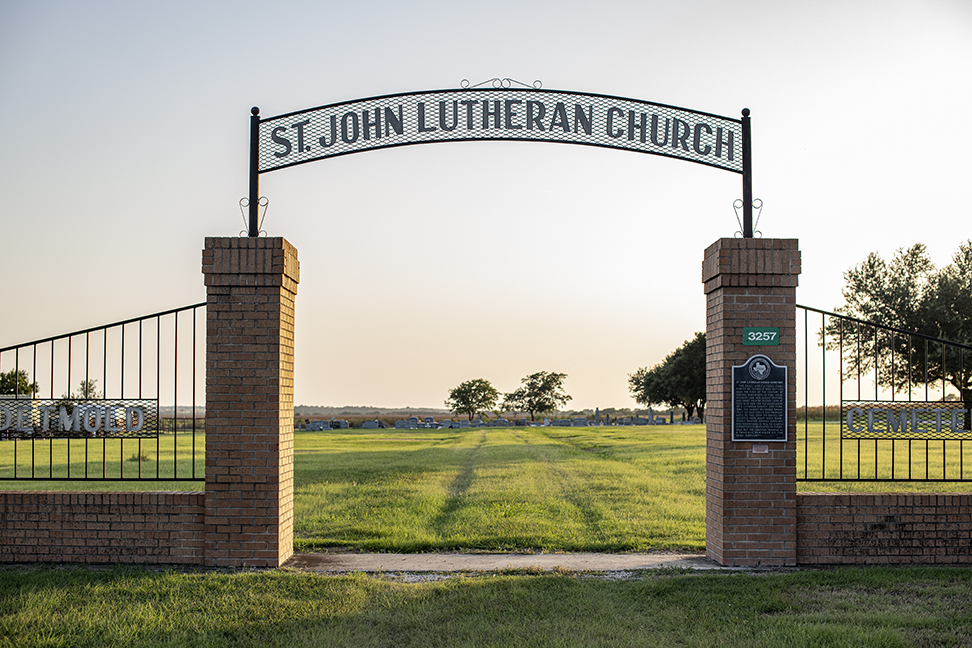 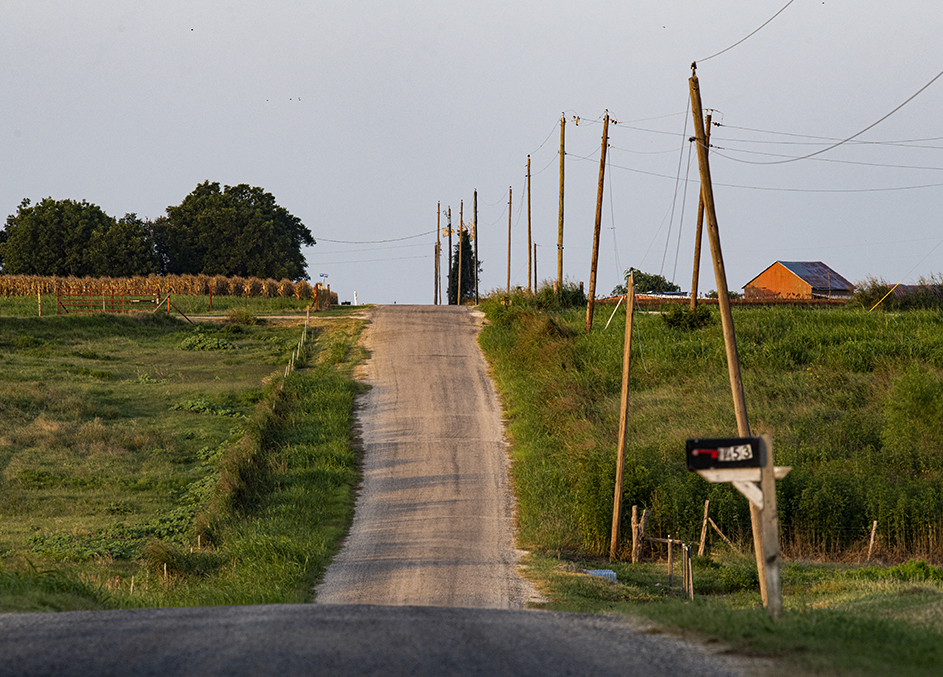 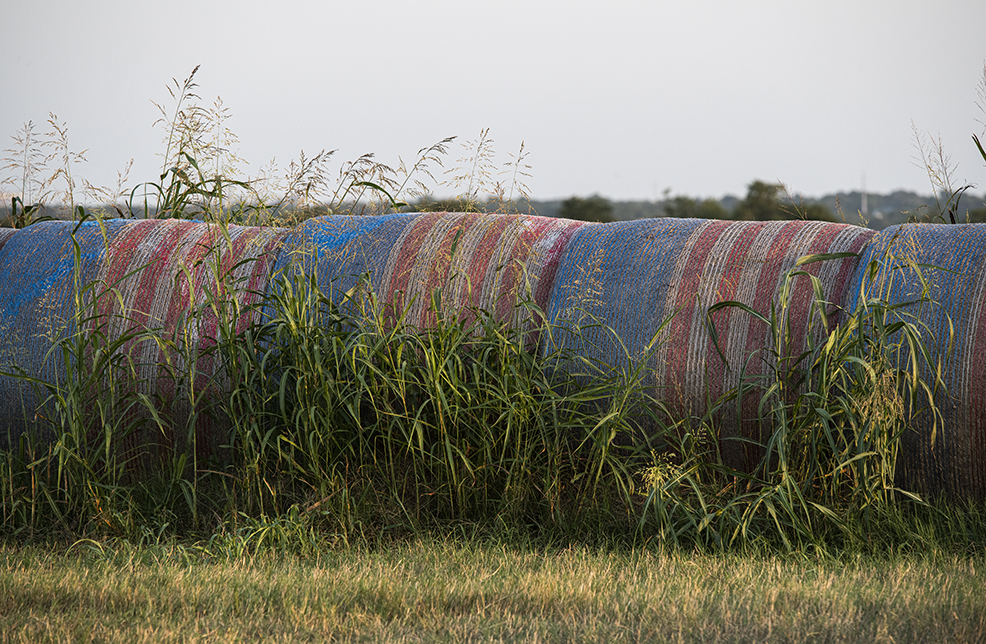 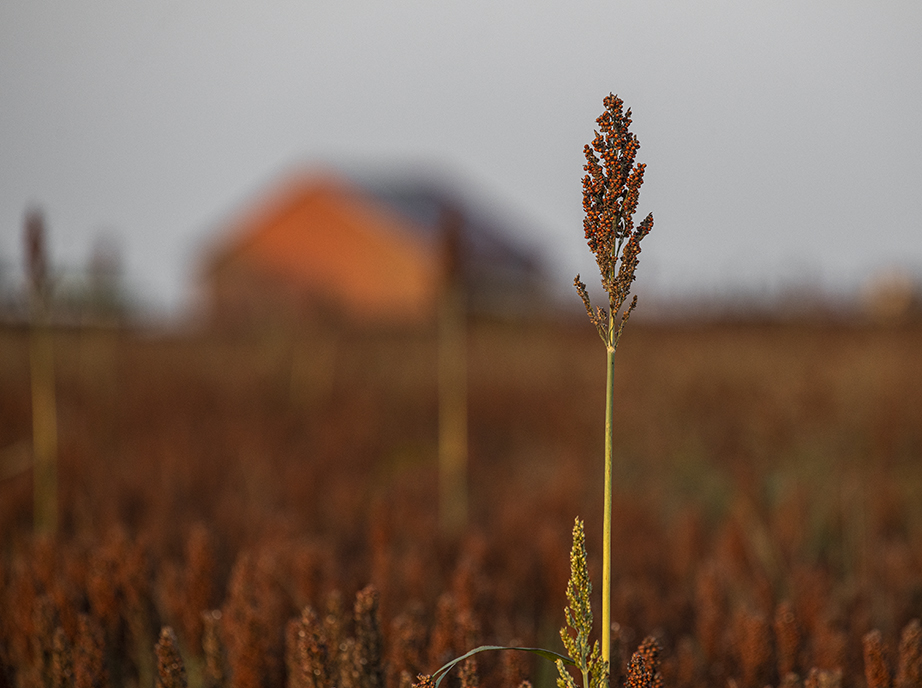 Driving around the last few days, I’ve noticed the golden warmth of our prairie corn crops.   These are fields just about ready to harvest.   In fact, I saw a farmer friend last week during my daily walk around Taylor.   “You coming out to take photos. this year?” he asked.   I told him I hope so.   His family begins very soon.    The rich color you see here isn’t the result of software trickery, just taking photos at the right time of day, late-day sunlight caressing the stalks.   I never grow tired of seeing this. 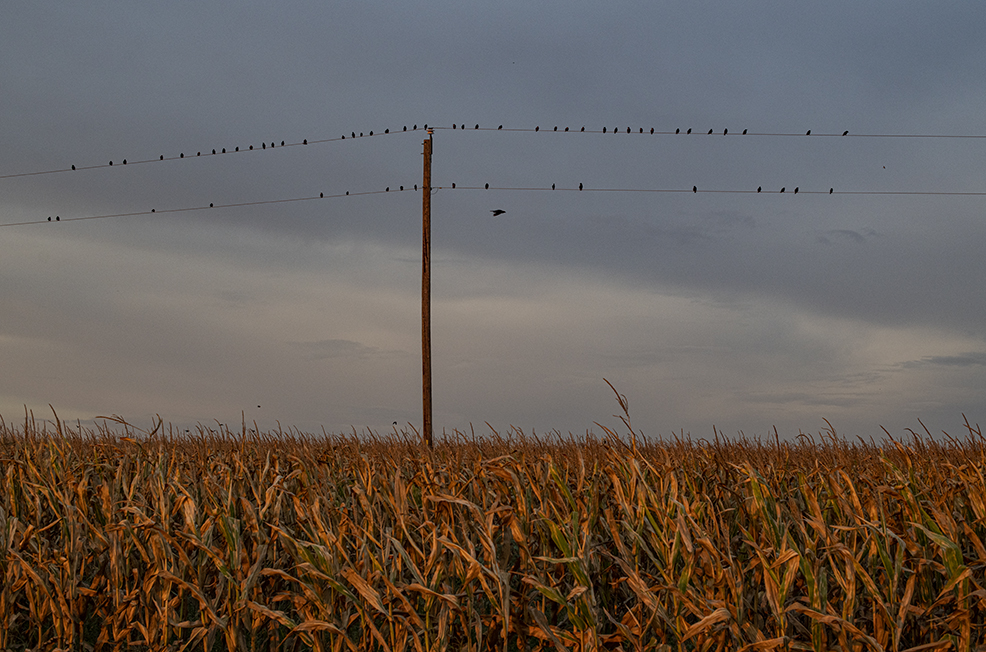 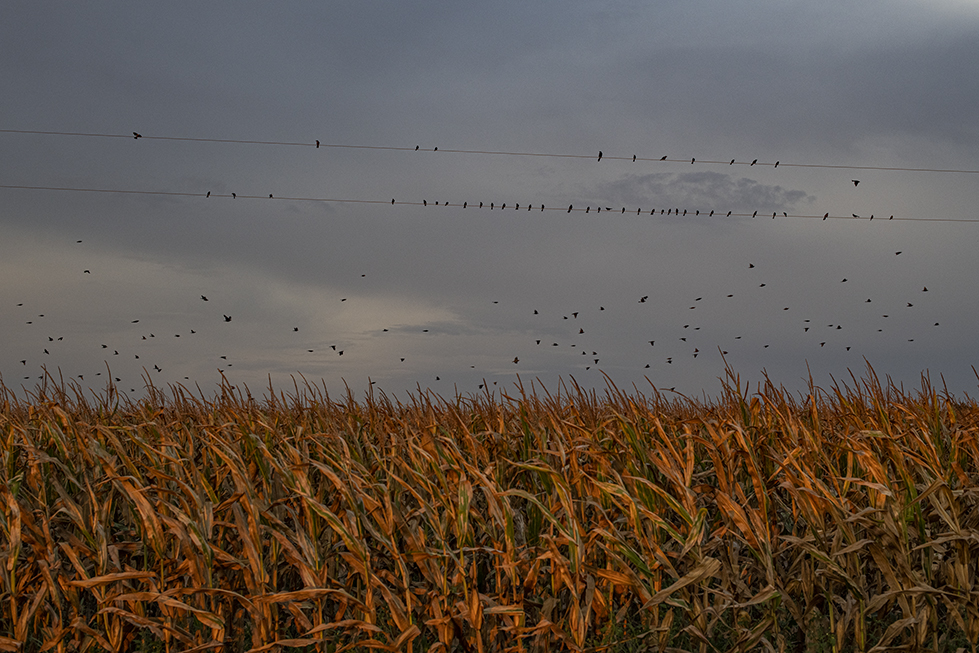 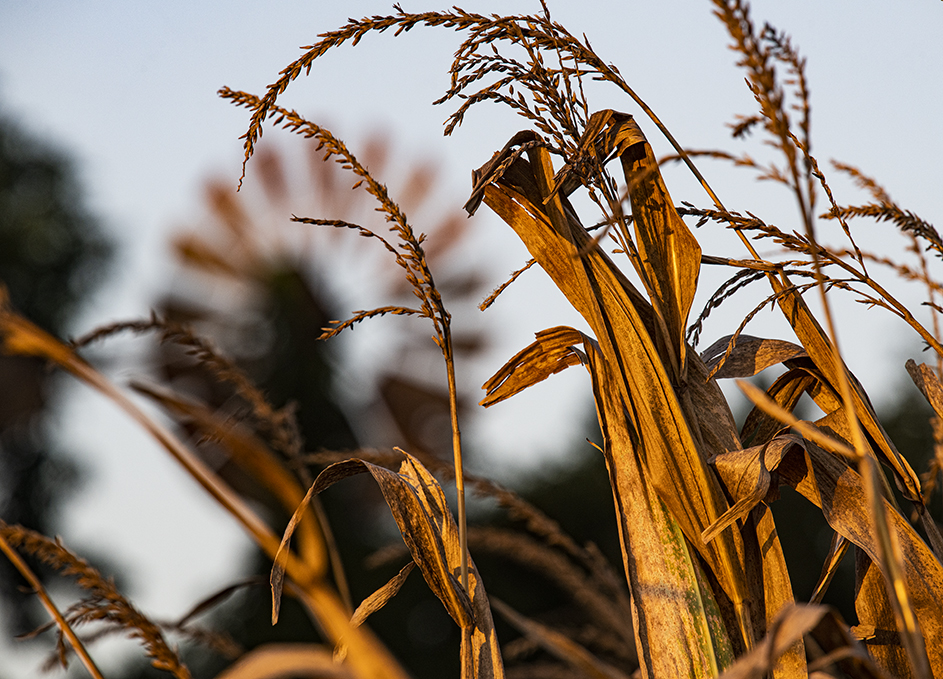 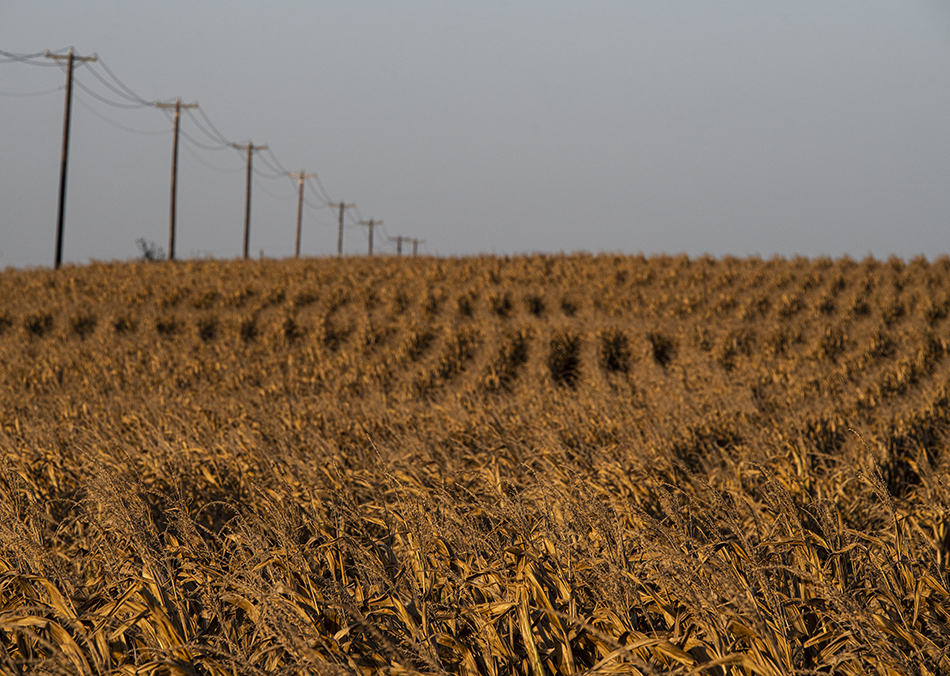 Some photos from a few evenings back, when we still had cloud patterns, at times mixed with rain.   These are from the eastern edge of Williamson County, Texas, almost in Milam County.    You know about these posts, right?   I  try to document bits of the Blackland Prairie that are disappearing.   Thankfully, that cotton field in the opening photo is holding its own.  As for the structures, time will tell. 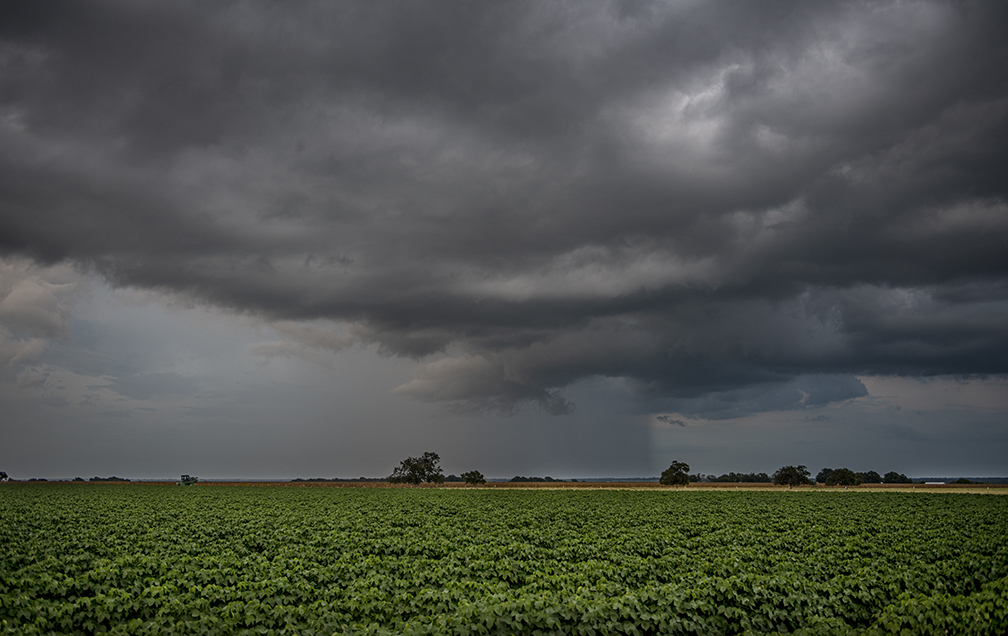 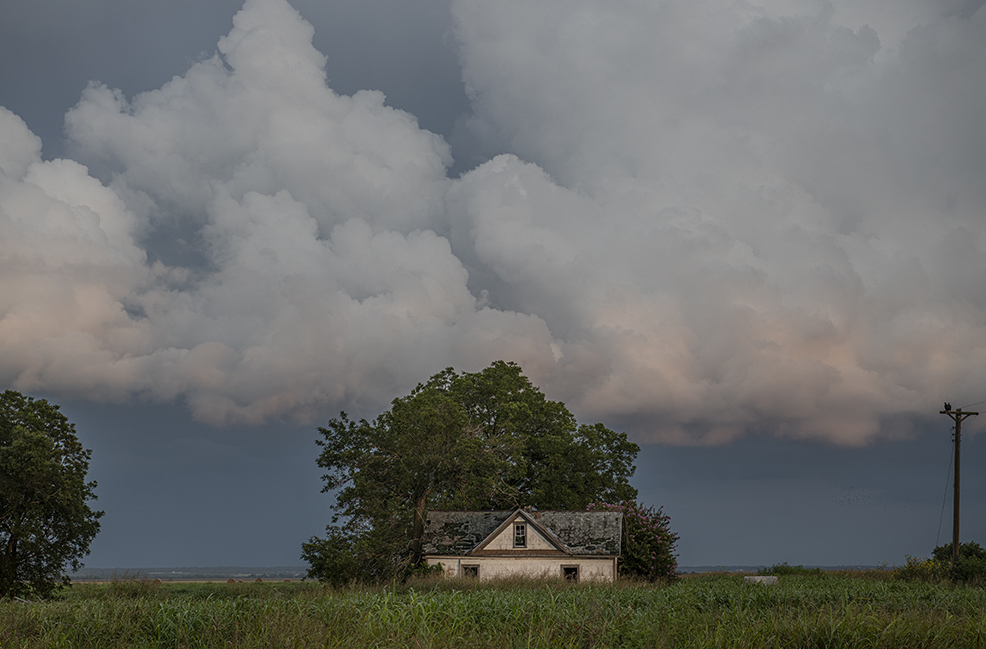 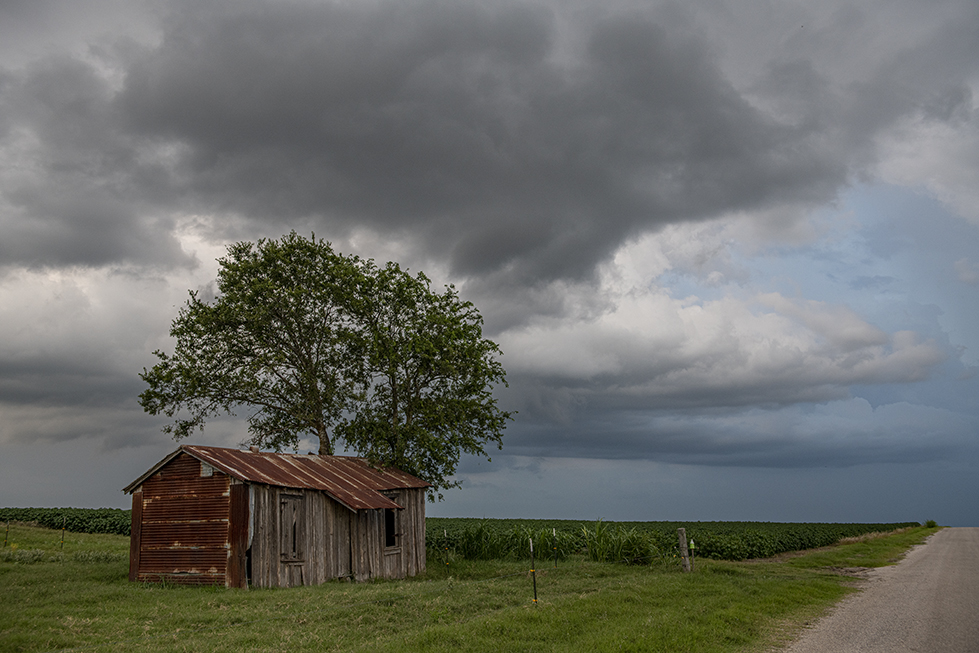 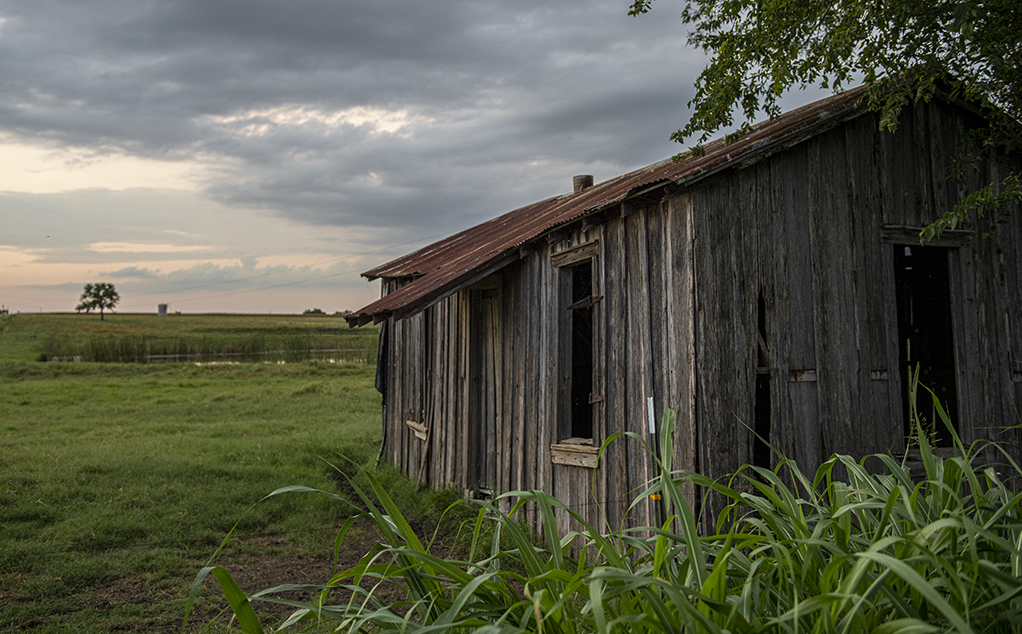 Recently, I asked a friend if her cats ever peered through the lace-covered window at her home.  Yes, they did.  I’ve driven by a few times, only to see lace, but no cat. Tonight, however, a feline was comfortable in that window.   The Williamson Museum noted that this is International Lace Week.   This seemed appropriate. 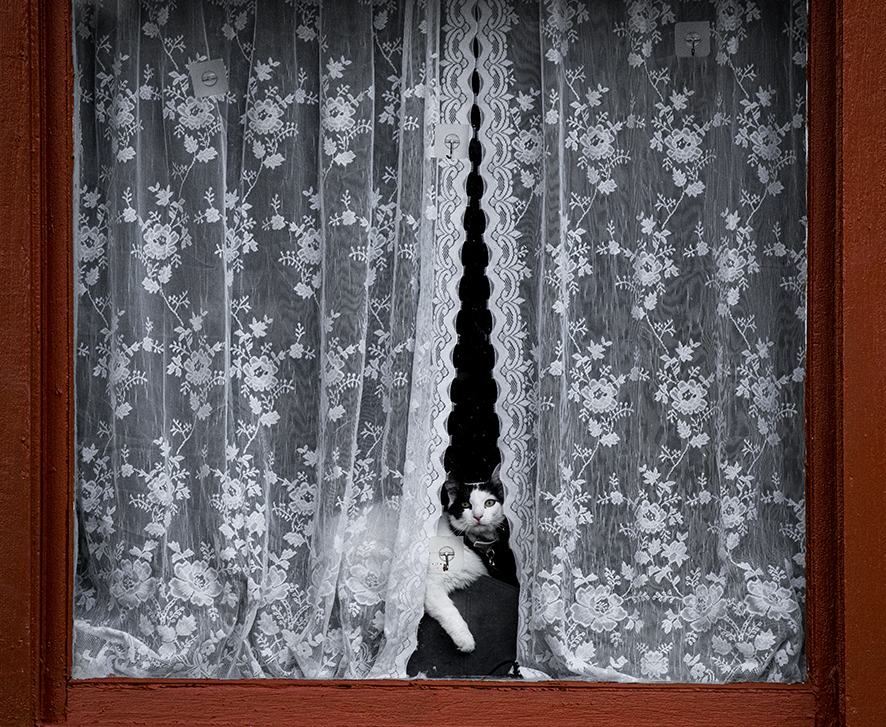 Tonight’s full moon, named a Buck Moon, shines near a series of grain elevators in Circleville, Texas.   I’ve liked these elevators at night for a while, mainly because of the lighted star that graces them.   We are, after all, the Lone Star State. 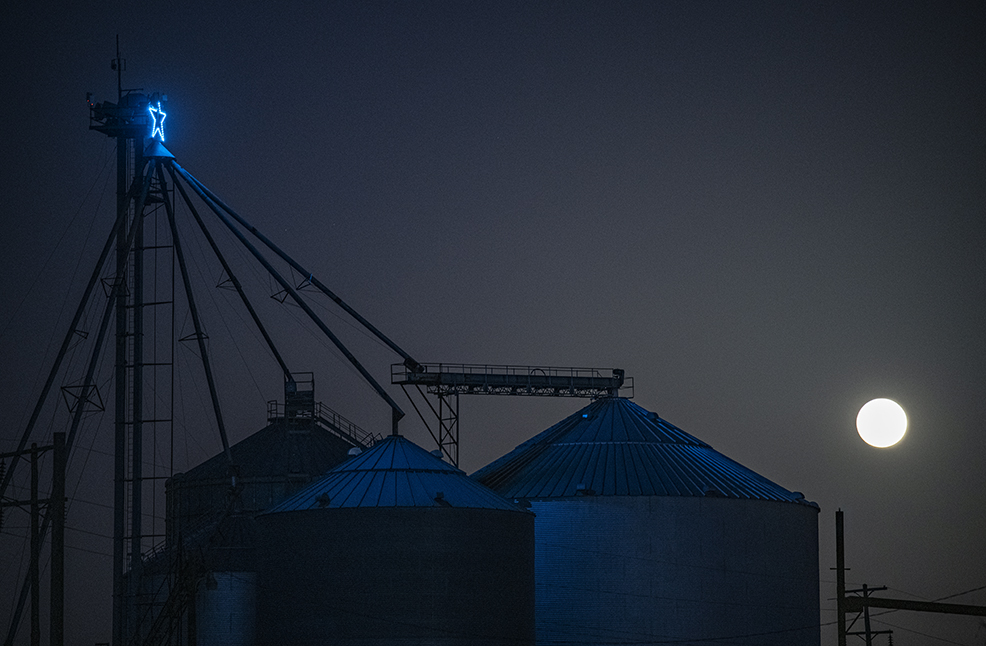